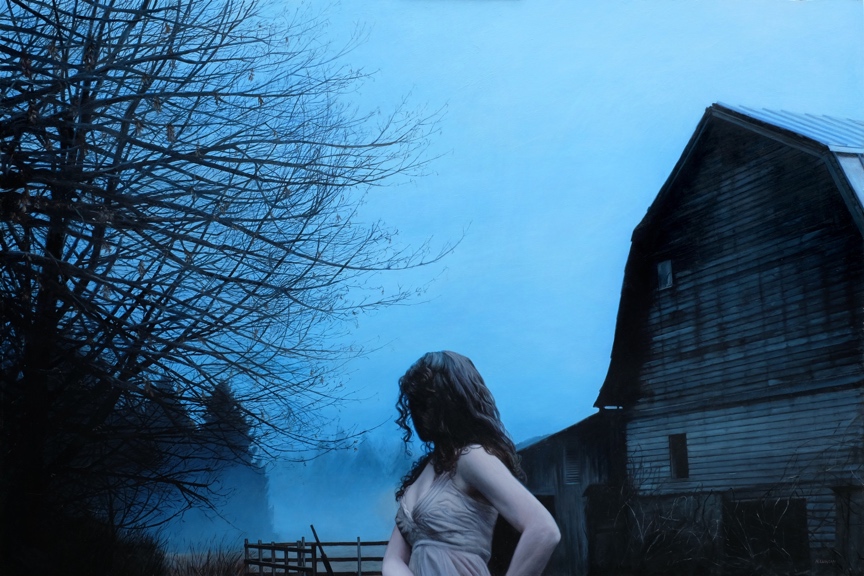 Making large paintings takes me a very long time since I put so much detail into my work. Arlington took almost two years to complete with breaks in the schedule for finishing commissions and Monthly Miniature’s. The painting was exhibited Santa Fe in the 14th International Guild of Realism exhibition, hosted by Sugarman-Peterson Gallery and it has also been selected to be included in The 12th annual Collective Visions Gallery (CVG) show. This exhibit pulls together artwork made in every quarter of Washington state that exhibit the best qualities of contemporary and traditional art. The show is considered Washington’s richest juried art exhibition and is one of the biggest in the Northwest and I’m really excited to have my work included in the exhibit. 131 artists’ works were selected by Gary Faigin, co-founder and Artistic Director of the Gage Academy of Art from nearly 1,200 submissions.

The exhibit opened on Jan. 26 and it closes Feb. 23 at Collective Visions Gallery, 331 Pacific Ave., Bremerton. It’s a lovely show and great excuse to take a ferry ride over for a weekend adventure! Go to my figurative paintings gallery to see more works in the this series.