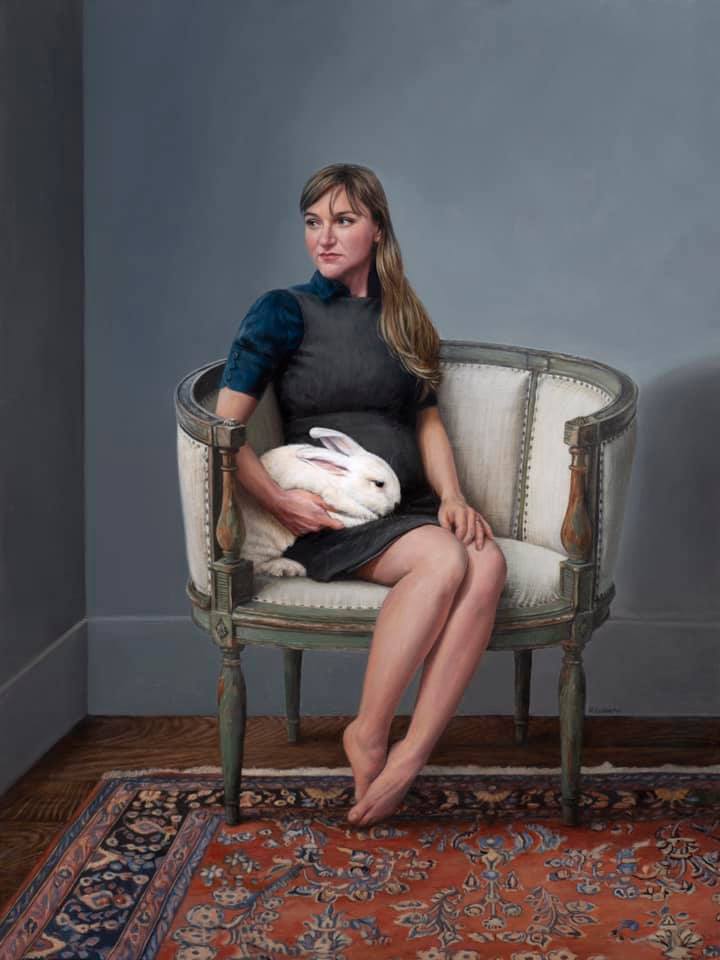 The idea for the painting “Self Portrait – Expecting” came back when I was six months pregnant with my son and most of my reference images were gathered at that time. Rabbits were a big part of my childhood and I had two rabbits that lived in my painting studio. My rabbit Eleanor, was a natural addition to the painting. Not only did she sit at my feet while I painted, her species has been seen as a symbol of fertility for more than seven-hundred years.

I didn’t start painting “Self Portrait – Expecting” until my son was two and a half and after a series of miscarriages, I had recently learned that I was pregnant again. Eleanor had passed away since the photos were taken and right in the middle of working the painting, I lost yet another pregnancy, the fourth since my son was born. The act of making this painting was such a bitter sweet experience. The painting is about fertility, yet while making it, I was experiencing so much loss. I think that some of my resolve, the strength that I had to keep up for the sake of my two-year old made its way into my expression which changed throughout the painting process. In the end, the painting has become a reminder for me to be grateful and never give up hope.

This painting is on view at Arcadia Contemporary in the group show “ARC Visions 2019“ through March 2nd 2019.