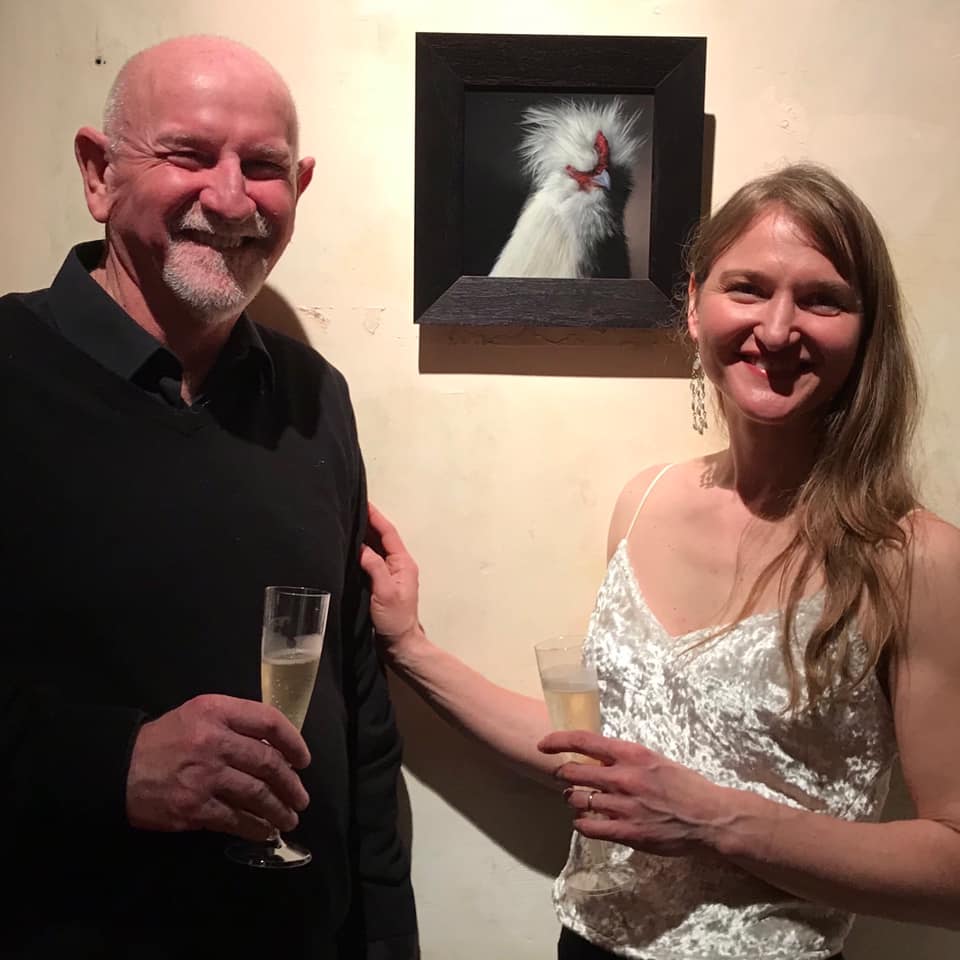 The family traveled with me to Barcelona for my recent exhibit “13th annual ARC Salon” at the Museu Europeu d’Art Modern (MEAM) and my Uncle Bill joined us from Ohio. My uncle bought me my very first canvas when I was in high school and was instrumental in my artistic pursuits. He took me to galleries and museums and his own collection of original art was such an inspiration for me. It means so much that still, so many years later, here he is standing by me believing in what I do. It was also great to have him with us to see the sights, meet new people and for my son to get to visit with his great uncle. My sons middle name is William, named after my Uncle Bill.

Learn more about the exhibit on my blog and see more paintings from the series, “Monthly Miniature: Into the Country” and “Into the Country (larger works)“ 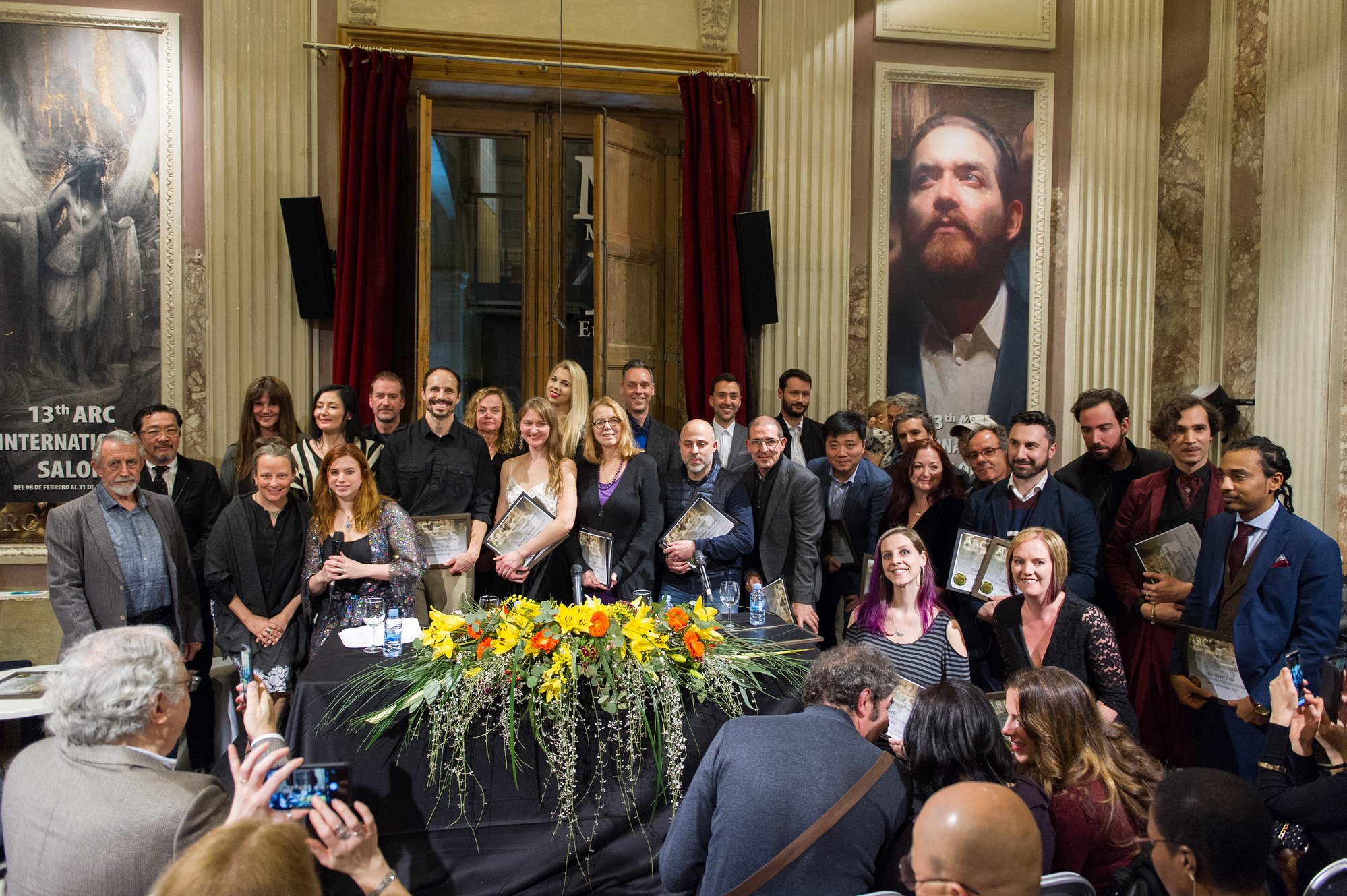 Earlier this month, I traveled to Barcelona to attend the 13th annual ARC Salon at the Museu Europeu d’Art Modern (MEAM). During the opening reception, they also had the official awards ceremony. Along with sever other very talented artists in the exhibit, I received my awards (Honorable mention and Arcadia Gallery Award) from Kara Ross, ARC Co-Chairman and Chief Operating Officer. The awards ceremony / opening reception was very well attended and good will and champagne flowed freely. It’s a lot of work to organize a traveling exhibition and the process couldn’t have been more seamless. The Art Renewal Center was exceptional to work with and I’m very grateful to have a painting in the exhibition. A huge thank you to collectors Steve and Carl for loaning the painting for the exhibition. And thank you Art Renewal Center and Arcadia Contemporary for the recognition and to the MEAM for being an exceptional host for the exhibit!  Barcelona is a fantastic city and the MEAM is a Mecca for contemporary realism. 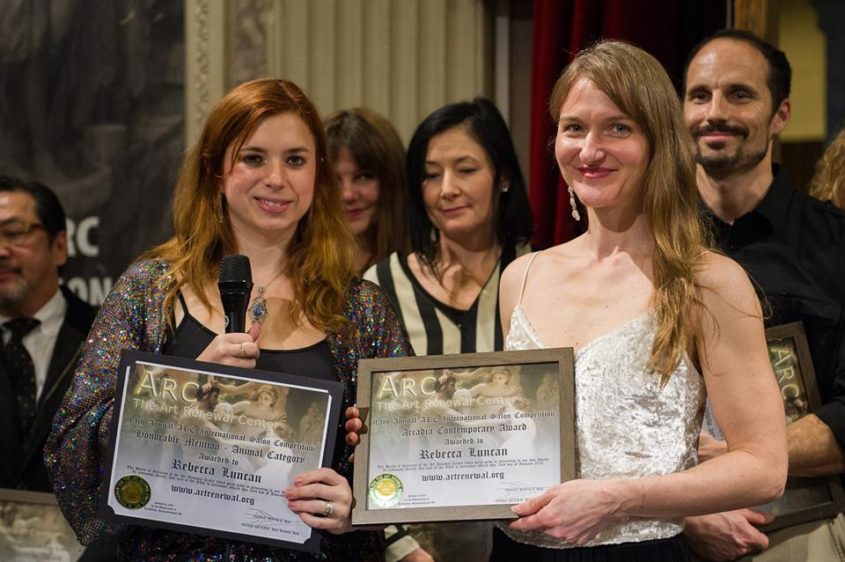 Rebecca receiving her ARC awards from Kara Ross at the MEAM.

After two very successful showings at the Salmagundi Club in New York City, New York this past October and then at Sotheby’s in Los Angeles, California in December, the 13th International ARC  Salon Exhibition is on its way to the Museum of Modern Art (MEAM) in Barcelona, Spain. The ARC Award Ceremony and Grand Opening Ceremony will take place at 7pm on February 8th, 2019 at the MEAM (C/ Barra de Ferro 5 08003 Barcelona, Spain).

The ARC Salon will continue to be on display at the MEAM from February 8th-March 31st, 2019 with the general hours being 11am to 7pm, Tuesday through Sunday.

The competition is known for not only recognizing work by nationally and internationally acclaimed artists, but also for discovering new and upcoming talent. The 13th International ARC  Salon Exhibition, consists of 89 Contemporary Realist works selected from over 3,750 entries from 69 countries.

I’ll be traveling to Barcelona for the opening with my husband and (almost) three year old son to see my painting of Admiral Vox who is keeping excellent company. Wish us luck!!  And feel free to send me tips on traveling with a toddler if you have them. 🙂

My portrait painting of the silkie chicken, Admiral Vox, will be included in the upcoming 13th International ARC Salon Exhibition. The exhibit consists of 89 Contemporary Realist works selected from over 3,750 entries from 69 countries. It is the most prestigious realist art competition in the Americas and perhaps the world.

The ARC Salon Exhibition will be on view at the Salmagundi Club, 47 Fifth Ave., New York, NY from September 21st—October 2nd, 2018. The public opening event on Saturday, September 22nd from 11am to 3pm. Entry is free. The exhibition will then travel to Sotheby’s, Los Angeles where it will be on view from December 4th—December 13th, 2018 with the opening reception on December 4th from 6pm to 8pm. The show will then travel to the MEAM Museum, Barcelona, Spain from February 8th—March 31st, 2019, with the opening event and award ceremony starting at 7pm on February 8th. To learn more, go to the ARC Salon website

The ideas behind the painting of Admiral Vox

My early memories are few but vivid, with joy and sorrow in equal measure. When I was small, I discovered the aftermath of a weasel attack in the hen house. Yet I also remember the sole survivor, a newly hatched chick who followed me everywhere. As my father succumbed to Multiple Sclerosis, the rest of us took more responsibility for the animals, and I reveled in it.

Now I paint animals, revisiting memories of my dad and the wonder of growing up on a small farm. I compose portraits of animals the same as I do portraits of people, seeking not only likeness but the beauty particular to them.

Admiral Vox is one of my mother-in-law’s flock. Despite his stern expression, he is gentle with people. Here he guards his hens in the dim of his coop, which has been lighted to personify the rooster without embellishment in a classic and dignified pose.

View more paintings in this series 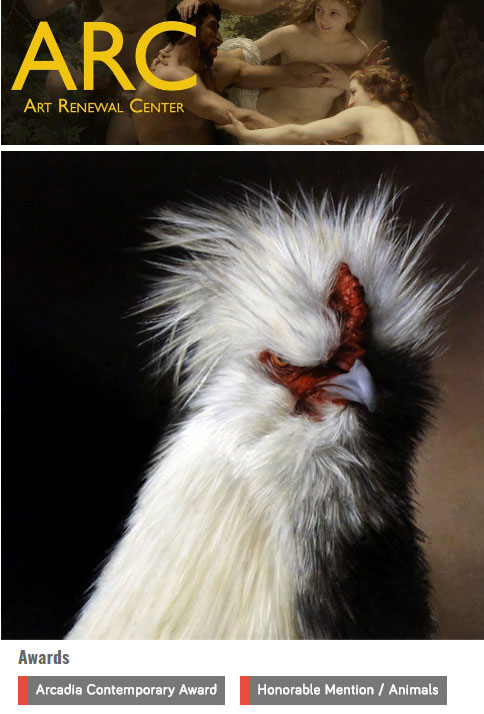 I am thrilled to announce that my painting, “Admiral Vox” has been chosen for both a Gallery Award and as Honorable Mention in the 13th International ARC Salon.

I’m excited to be chosen as one of the artists for a Gallery Award by Arcadia Contemporary. Rehs Contemporary Galleries, Inc., New York City, and Arcadia Contemporary, Los Angeles, will both be having an exhibition for selected winning artists in 2018 or early 2019. Each gallery selected a group of finalists who supplied the gallery with additional images to help them make their decisions. From those finalists, the galleries have each chosen artists for a group exhibition and sale. Each artist who participates will be completing a series of new works specifically for these shows. Keep an eye out for the exhibition dates on the blog, or sign up for my Newsletter to get monthly updates on my Monthly Miniatures and exhibitions.

Click the link to see all of the finalists and winners of the Animal Category in the 13th International ARC Salon. It’s an honor to be included in this group! This category includes all animal art; any paintings, sculptures or drawings where an animal or animals are the central focus of the work. 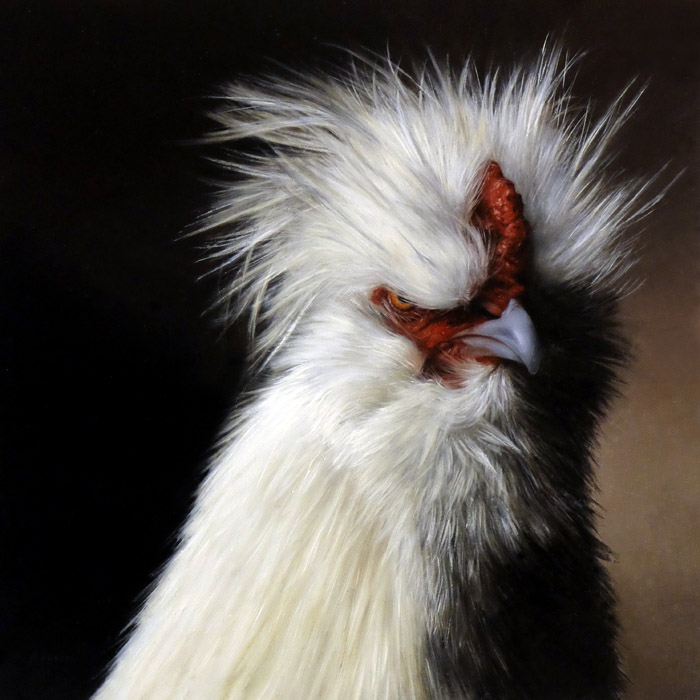 My painting, “Admiral Vox” is a finalist for the ARC Salon Competition!

I’ve always been passionate about realism and it’s inspiring to see the genre in the spotlight with greater frequency. The Art Renewal Center aims to lead the revival of realism and each year they gain a bigger and bigger following. The number of entries has grown each year with a 20% increase in just the last year. I think this trend is going to continue and I’m excited to see where it goes.

This year they received over 3,750 entries from 69 countries and approximately 28% have been selected finalists. I was also a finalist last year with my portrait of Nippy. Winners will be posted in mid February – please wish me luck!

About The Art Renewal Center

“Leading the revival of realism in the visual arts, the Art Renewal Center (ARC), a 501(c)(3), non-profit, educational foundation, hosts the largest online museum dedicated to realist art and includes works by the old masters, 19th century, and contemporary realists as well as articles, letters and other online resources. The ARC is the foremost and only vetting service for realist art schools ensuring that the teaching curricula and quality of teacher and student work meet our strict standards to become ARC Approved™. The ARC also runs the ARC Salon Competition, which is the largest and most prestigious competition in the western world for realist artists painting, sculpting, and drawing today with nine categories and thousands of works competing, culminating in a traveling live exhibition of many of the winning works. The ARC works with other ARC Allied Organizations™, artist groups, museums, and publications to become a central news hub for the Contemporary Realist Movement of Post Contemporary Art. Read the ARC Philosophy written by ARC Chairman, Frederick C. Ross, to learn why ARC is so passionately dedicated to realist based art.”

Congratulations to all of the finalists!!

Make sure this account has posts available on instagram.com.